Why and how to Bulkify your Code

Preface: this post is part of the Bulkify Your Code series.

To bulkify your code means to combine repetitive tasks in Apex! It’s the only way to get around Governor Limits – especially our #1 most important limit!

Before I give you an example, it’s important to know exactly why you need to bulkify:

This code is not bulkified and will go over the 150 DML statements limit:

This code is bulkified and will not hit any governor limits. It uses Lists and will only do one DML statement no matter how many records are in the trigger: 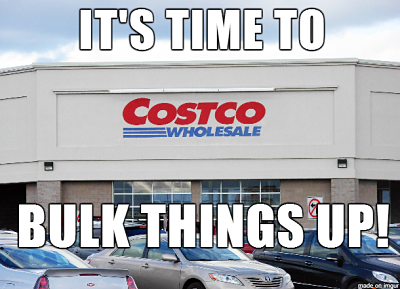 Hello David,
I have one doubt…
if i insert 1000 records using data loader and it makes one trigger to run, how the trigger.new will handle all the 1000 records because trigger.new can only handle 200 records?
Please explain

It’s because dataloader runs in batches. Batch size by default is 200 I believe. You can even change that in your settings.

Hi David,
I’ve been teaching myself APEX (actually started with your tutorials) and I’m trying to fix some bulkification problems in an apex class I wrote and came across this article. Good stuff. I was hoping you might be able to give me some direction in fixing it as I haven’t been able to figure out where I’ve gone wrong. Before I get into that though — interesting side note is that I was an SFDC consultant for Box shortly after you left and worked with our developers in enhancing the custom product selection tool you built. I worked with Kyle Wulff and Kyle Vermeer on that project.

Anyway, here’s my class. Do you see anything glaring?

You mentioned that many people that you interviewed don’t know about bulkifying code. Would you say that in the last few years, that % is still 90%, or has it gone down? Or is this for initial phone screen?

(How would someone be interviewing for a full-time job at a notable public company as a Salesforce Developer if they didn’t know this?)

Believe me it surprises me too =)

The number is definitely going down but it’s still more than 50%!

Definitely do NOT use that as your bar! =)

Hi David,
You made salesforce coding as easy as much possible. its really a fun to study from this site.

Your website is really great. Thank you for all the hard work and folks like me are reaping the benefits of you easy-to-understand lessons. Keep up the good work!

1st of all ‘Thanks a Lot’ for creating this website.

I am new to Apex. This is my 1st trigger. Here I am trying to do, if Contact owner name is different than Account Owner than Change the Contact Owner name to Account Owner name. Trigger that I created it works fine for single record but not for multiple record. How can I bulkify this code?

Gotta take the SOQL query outside of the loop!

i have a question here.

This is regarding the trigger writtten by ‘GeorgeR’

Incase after update , I want to revoke the value of Join_Date__c in the old Contact………you do it.
How do it?

This page should help you out!
https://www.salesforce.com/us/developer/docs/apexcode/Content/apex_triggers_context_variables.htm

Yayyyyy! I made a working (but pointless) trigger!!! Woot!

Updated a field on the contact based on values in a task.

trigger removeEmailContactFlag on Task (after insert) {
//Create a set to store the contacts
List cons = new List();
System.debug(‘entering loop’);
for (task aTask : Trigger.new){
//go through each of the tasks in the trigger
//determine if the associated object is a contact (starts 003)
//and if the task subject starts with the correct text
System.debug(aTask);
System.debug(‘whoId starts with 003? :’ + String.valueOf(aTask.whoId).subString(0,3) );

Now go treat yourself to something nice!!!

hi david,
i am not t find the system audit
please tell where is it??

Gotta ask Salesforce to turn that on for ya =)

I have a doubt on Governor limit on SOQL. Its maximum 50,000 records. Suppose I am doing the query as
list acc= select id,name from account;
and there are suppose more than 50000 records in the org. Will it throw the error. or it will only consider first 50,000 records for the operation.

Hi David, I’m trying to in-line-edit multiple records at a time and I’m getting the below error message:

This error only occurs if the trigger is fired on more than one record at once.

What I’m getting from this is that the line items on a list have they’re own id, and for some reason this id is trying to populate as the id of the new record that I am trying to create. Is this correct? How can I get around this?

A few things you can do:

1. “upsert” chooses insert or update based on whether the record has already been created or not
2. Use this to debug your code! https://www.sfdc99.com/2014/02/22/debug-your-code-with-system-debug/

Hi David, please disregard this. My insert was inside the for loop even though I thought it was outside it.

Better formatting helped to see this.. Lots of learning.

Its very helpful to understand how we need to bulkifying the code.!!!! Awesome

Hi David, This is the best of example and explanation I found on internet about clear cut demarcation of bulkification.Previously, I was always getting stuck @ this point.Excellent post and excellent precised explanation.

Thanks for your amazing tutorials. I have actually been stuck in bulking up my code and will highly appreciate if you can help me fix this issue.

For less than 100 contacts in any Org (or somewhere in between 1 to 80) the trigger works absolutely fine. However, it is generating the SOQL limit exceed error if the contacts in any account are more than 100.

The trigger just change the field “relationship_category__r__c” to “Member – staff” or “Member – past” when the account type is changed to “member” or “member – past” respectively.

Thanks very much for your help,

Simplest way to tell if your code will hit the SOQL governor limit is to see if you have any SOQL queries inside any loops! Looks like this is definitely the case with your code. You gotta pull it outta your initial loop!

As you explained that 101 SOQL queries lead into governor limits.As given example,Account has 10 triggers & each one has 12 SOQL queries in it while updating the record,So obviously we can expect governor limit in this.So how can we overcome this?

Hi David,
Received my Head First Java book today and have been reading your site everyday! Thank You for giving hope that the coding giant can be splayed :)

Question: Is it absolutely necessary to bulkify for every trigger I write? I am trying my hand on a trigger that will change the record type of the Event object when a certain profile creates/updates it on an Opportunity. I am planning to use a bunch of IF statements like you said in one of your posts. Any thoughts?

Thank you in advance!

Bulkify EVERYTHING! And I really mean everything! It is like the old saying – if something can go wrong, it will go wrong! I have been on the wrong end of that too many times =)

As a side benefit, the ability to bulkify is really the #1 differentiator for you as a dev. It’s how we separate the newbies from the vets. Think of it as job security =)

P.S. if you find yourself writing tons of IF statements, considering create a new custom object and iterating through it using a loop!
David

would u mind explaining how we do this “create a new custom object and iterating through it using a loop!” instead of writing IF staements

can we use map here

Thank you so much again, for all your hardwork on this site!!!

In the last line of your example:
update taskList; // Notice this is outside the loop

should it be update taskList;
OR insert taskList; ?

Thank you in advance for the clarification.

Great catch!!!!! It should definitely be “insert”!!

I have a trigger where I want to prevent a user from adding duplicate records in a custom object that is related to the standard Account object.

In that scenario I want to check whether any records exist by comparing the CreatedByID with the userinfo.getUserID().

I have a working trigger that does a SOQL query inside the for loop. However, based on what I’ve read on this website, this is a bad idea due to governor limits.

Is it possible to bulkify this?

But this can be done without code at all! Always go the no-code route unless you have no other option!

Hi David,
Thanks for this great resource. Really really helpful. I’ve been working on my first trigger, and having trouble properly bulkifying. What I’m trying to do is update the contact record when a child object is inserted or updated.

My final aim is actually more complicated than what I’m doing here, but even this simplified version doesn’t seem to be doing anything. When I test it in the sandbox, I don’t get any errors, but the join_date field is also not updated. Can you tell what I’m missing? (This is being tested in a sandbox)

Oops, realized I forgot to edit the other name of the object the second time it comes up. This should be an accurate version of the code.

Try this – comments in line!

Thank you so much – really really helpful! Got this and the more complicated version that actually serves a purpose working!

Will respond to the code question in your other comment =)
David