David’s note: Nothing brings me more joy than hearing your stories of how you’re learning to code! Tell me your story and you might become a featured guest post and receive an Sfdc99 t-shirt! 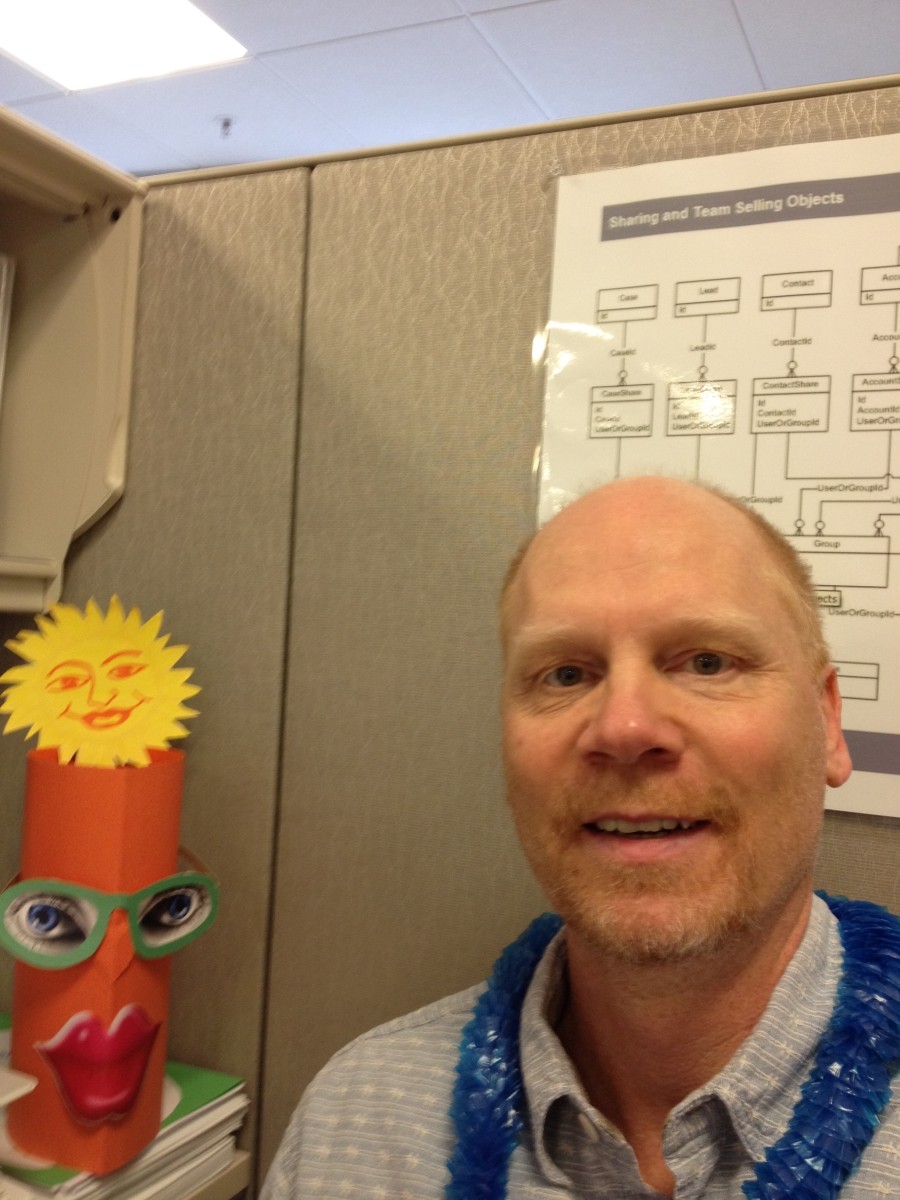 My name is Tom Barrett and David has asked me to share my story of ‘learning to code’. My story starts before I ever really thought about computers. I have always had a passion to build things from far back as I can remember. I used to build bikes and go-carts starting at age 8. I have my father to thank for that as he was always tinkering and troubleshooting something in the garage. When I was about 15 years old I began to take a liking to electronics and electricity. I would build electronic projects that I would see in the all so famous book back then called Radio Electronics. It was there that I started seeing small computer projects but I could not afford the cost of the components but the articles intrigued me.

Around 1982 my father got me a job as an entry level electrician at the leading paper cup manufacturer at the time and it was there that I was faced to face with a computer for the first time! It was the Radio Shack TRS-80. It was then that I met a fellow co-work Bill Morgan who wrote a trouble log program for all the electricians to enter the work they did throughout the day. I was so captivated by the program, asking so many questions about how he created it. Bill was such a great mentor and not afraid to share his knowledge. I truly believe that was one of those turning points in my life that made the difference in where I am today.

Around 1986 I purchased my first computer, the Tandy Color Computer 3 (they called it CoCo for short). Man, when I took it out of the box and hooked it up to the TV I could not wait to type my first computer instruction; Print “Hello Tom”, as I recall and when I hit the enter key and it came back with Hello Tom on the screen—I was flabbergasted – it was heaven. It was such an exciting moment back then whereas today that basic instruction seems so minuscule!

I honestly did not do any real application building with the CoCo other than an application that printed out labels to put on the cabinet draws that held all my electronic parts and a parts tracking application. Around 1990 I purchased my next computer, the IBM Compatible 286. It was then that I was exposed to dBase III, once again by Bill! It was an extremely easy language to build database applications with. He soon left the company and the TSR-80 burned out. I asked my boss if I could develop a trouble log application in dBase III and he said, “Yes”. Exciting times then!

Another turning point in my life was when I went to the plant manager and asked him if he would send out an inner company letter letting everyone know that that I can build departmental applications for them using MS Access 2.0. MS Access was on almost every computer by then. He did and managers where coming to me to build applications for them. One such application that tracked the quality of our cups and plates got the attention of IT! I still remember exactly how that went down! The program manager came to talk to me about the application and he wanted to see under the hood. He had two of his programmers with him. I started showing him the code and he said, “You wrote all those comments, I can’t even get my guys to document that well”! Then he said three time in a row, “You wrote this code” and I repeated, “yes sir” but on the third time I said, “yes sir, is there a problem!” and he responded, “and why are you an electrician” and I responded, “because I only have a 12th grade education and all the jobs that I ever see on the board require an AA or higher”. He said, “Send me your resume” and I said, “Give me your email”! I never even had a resume because my father got me the job as an electrician. That night I put a resume together and sent it off. About 2 months later there was a job posting for a Programmer Level I and the minimum requirement was a 12th grade education. That was in March of 2001 and that was another moment in my life that has made a major positive change in my life by landing me a job in IT!

December of 2008, the company slowly was going out of business and I was one of many let go at that time. I was unemployed for the first time in my life! In July of 2009 during an interview with my current manager I was introduced to Salesforce.com. I went home that day and signed up for a free developer org and built my first app using the workbook, sent the link to my manager and said, “I can do this job”! I am still working for her and loving coding in the Salesforce.com arena; however, I do not always get to code as much as I wished I (programming is my passion) could but I am blessed to be on a great team that continues to grow.

Thank you Tom for having the courage to share your story with the world!

That was inspiring! Bravo, Tom!