Anyone can code… but can Barbie?

Mattel, the official company behind the Barbie brand, released a book titled Barbie: I Can Be a Computer Engineer. This book is so bad it’s shameful. 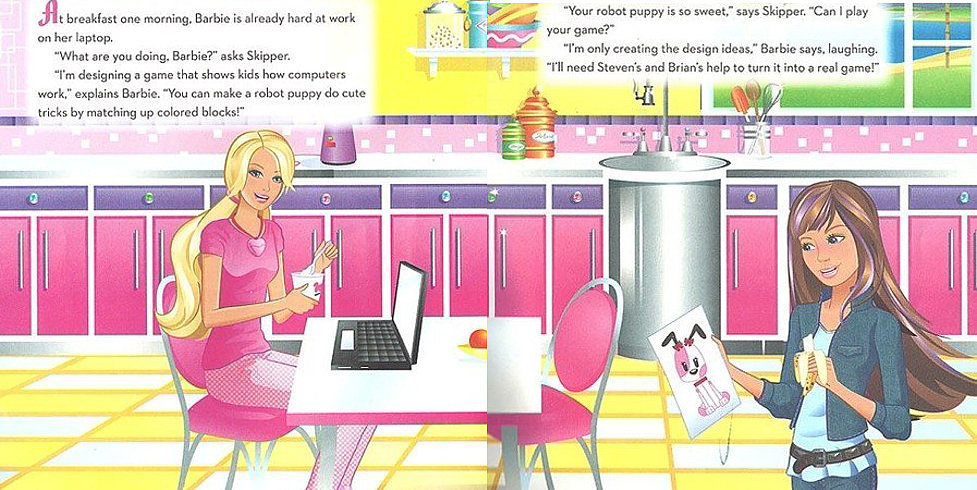 I wish I were making this up. If it makes you feel any better, Mattel has since apologized.

Note: I sincerely believe that anyone can learn to code, even Barbie.

Got a young girl in your life you’d like to inspire to code? Check out these two links:

I wish my favorite Disney characters taught me to code when I was younger!

Finally, check out this commercial (surprisingly, by Verizon). It’ll restore your faith back in humanity!

Hey David! I’m the founder of cuSTEMized. I was working on our SEO when I came across your site. I wanted to say thanks for sharing about cuSTEMized. We have grown a bit since you last saw us. We’re are providing free personalized STEM-motivational ebooks along with hard cover, soft cover, and spiral bound books. We are also now providing books in Polish and French and soon Spanish and Chinese. Anyways, I just wanted to thank you for your support. We’d be honored if you would blog about us again. Hope to keep in touch!

Thank you for all you do Jean, I will keep you in mind for future posts!

Love the Let it code site! I have two girls and a boy (all under 7). My oldest will be having a Frozen party tomorrow too! It would be so awesome to speak code-like to my little kiddies :) Life is so busy with a full time job and three young babies (okay, four babies, including the other grown up who acts like a baby) but I am still inspired and am working on my certifications and coding. BTW it was nice meeting you David. I appreciate what you do here! Thank you :)

hahaha great meeting you too Candy and hope you had a great Frozen party… I’m jealous! =P