Preface: this post is part of the How to get a Salesforce developer job series.

I’ve been hesitant to write this post because this kind of information is extremely sensitive.

You’re getting an unfair advantage over your competitors, plus, you basically get a shortcut through the whole learning phase. The worst part is that I personally use a ton of these questions when interviewing candidates at work.

The good news though is that you did your research to get this far. And like in a lot of things in life, simply having the discipline to Google something puts you head and shoulders above the crowd.

Note that every good Salesforce developer must also be a good admin, so you’ll see a lot of non-coding related questions in every developer interview you’re in.

Make sure to check out the Coding Challenges page as well – it’s common to have to whiteboard some Apex during on-site interviews!

I’ll keep updating this list with more interview questions as I see them. Good luck! 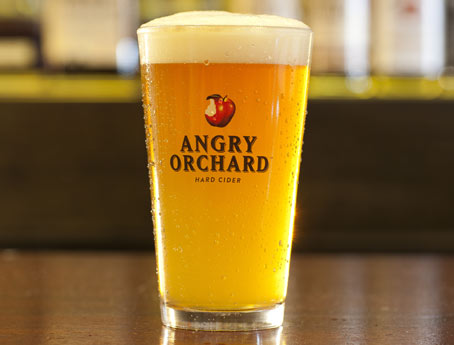 I am not an alcoholic, I swear!
63 Comments
Gaurav

are these questions updated ?

Thank you for Sharing great list of Salesforce interview questions. i am searching the Job in salesforce developer.

hi David,
This is from 2014. Since then, Salesforce has released many new features.
Can you please help with updated interview questions?

For ex – i keep getting to hear questions on Process Builder.

That said, all of these questions are still very relevant, it’s just it needs more questions for new features like PB.

Excellent questions — may use a few in my next interview

Hi, I m currently working as Siebel developer with 5years of exp and I m willing to learn salesforce.. will i b able to get good job opportunities

Hi Excellent Blog..I have started learning Salesforce on my own.I am basically java/j2ee developer and currently working as a middleware administrator.Iam passionate to learn Salesforce.Thanks

hi sudhi may i knew u r from which place as am also interested to learn sales force . could you please share me ur contact number

how to enable chatter and lightning design system through apex code? please help me

hi iam preparing for force.com developer 1 certication…plz help me how to clear the exam…

very informative blog. Helps to gain knowledge about new concepts and techniques. Thanks for posting information in this blog

Try it out yourself to find out =)

Don’t be afraid to get your hands dirty!

no directly it is not possible.First create lookup relation then u can create fields through master

No we cannot create directly master detail relationship if there are existing records in Custom objects . their are some steps to follow
1. we have to create first field with look up relationship .
2. than link every look up field with parent record for each record.
3.tha change data type field to look up to master details.

It’s not possible, First create lookup field and then fill the created data without missing any row and then cover that filed into Master relationship

Hi David, I am working into Salesforce Domain since last 10 months and allocated to project from last 4 months. I am a 1 year experienced guy.
I want to switch my company after a year. I have basic knowledge of many administrative part (not an expert) and I am very much interested in coding but many technicalitites I don’t know specific to Apex/Salesforce coding. I am good at logic design through apex language if I know the salesforce stuff then I can easily code but I still don’t know many things.

I can write good triggers, Controller Classes and VF Pages.

I have 1 year time and I want to work hard to get a very good job in this after a year. Please tell me what all things I need to do in this 1 year so that I can crack any interview being a 2 year experienced

Please tell me in details and step wise

N.B.: I don’t have any certifications.

1. Get certified
2. Learn the admin side of things. No exceptions!

Avoid surprises — interviews need preparation. Some questions come up time and time again — usually about you, your experience and the job itself. We’ve gathered together the most common questions so you can get your preparation off to a flying start.

Your blog has helped me clear Salesforce Developer Certification, i am really really grateful for all the hard work you put to give us this information.

I even got a job after this man.

Awesome…. you just opens a door to a job for me….thanks

I’ve question on no.7 – Give an example of a standard object that’s also junction object.

Is this a trick question or am I missing something ?

Not a trick question but the question doesn’t assume a junction object can only be a custom object! Salesforce should change that in their documentation =)

I believe we wont be able to use Standard object as a Child(detail) object.So Standard Object wont be use as Junction object

I think Pricebook object is the answer

When should you build solutions declaratively instead of with code?
I did not understand this question
please help .

Building solutions declaratively means without writing any lines of code. To make it more simple i would say ”Without any custom controller/trigger etc.”
Being more precise “Building system using salesforce CRM features”.

Lol)) Should he also pass an interview instead of you and get your salary as well?

Hi, I wish to be a regular contributor of your blog..Your information about salesforce is really useful for me. Can you please update your blog with some latest information about salesforce. Currently I have finished Salesforce Certification course in Chennai at a leading IT Academy. Those who want to become a salesforce certified professional in a short span of time reach FITA. They give professional and real time training for all levels of trainees. For more details visit this site.

Thank you for your note and contribution!

Just to let you know I moderate each comment to remove any marketing/sales related links. If it’s a good site and the poster has no relationship to the site, then I will allow it most of the time.

I just want to make it clear to all readers that I’m not making any money on this site from advertisements.

Dear David,
Are these questions are for freshers who is willing to work as Salesforce developers/Admin? or who’s having 2-3 years of experience in SFDC will also face these kind of questions.

You’ll see these types of questions even for lower level Salesforce developer positions!

Hi David,
I am trying to get a job as a salesforce admin and most of the companies I have had interviews with require you to have your admin certification. I have looked into classes and they cost thousands of dollars which I do not have the money for. What do you suggest I do?

Especially the FAQs, where I cover whether it’s worth taking the certification classes.

All awesome questions here. Some that I would add based on my experience:

1. What is required to create a rollup summary field?
2. What’s your process for deploying changes to a production org?
3. What are three new features introduced in XYZ (winter ’15 currently) release?
4. What are features that should be enabled in every org?
5. What is a usecase for the @future method?
6. How would you handle record types in your code?
7. How do you deal with audit fields in test classes?

Thank you Jeremiah – gonna take some of my favorites and add them!

Great post — and I’m bothered that I couldn’t answer some of these questions as comfortably and confidently as I’d like! Time to hit the books!!

Same here! Gonna make sure I go into detail when studying!!

Same here, What does it mean? GET BACK TO STUDY & PRACTICE!!!!

hi please write answers if you know all the answers

Thanks for this. I can answer about 75% of them comfortably without being a developer but knowing enough through here and experience. I would expect a developer I was interviewing to know all of those.

Great stuff man! Definitely there is some things in that list I need to strengthen my knowledge. Cheers

These are the good questions to direct a SF learning for topics you are not familiar with yet. As always, awesome post !

There are a few questions I’ve come across-

1.How many times a trigger will run if i upload 1 million accounts via data loader?
2.What is bulkification in salesforce?
3.Explain hierarchical relationship in salesforce?
4.How to display millions of data in a VF Page?
5.What is view state and why we need it?
6.Where would you write a trigger ,if you have to make changes in account whenever sth happens in Contact?
7.Why do you need trigger?Give some scenarios?
8.MavensMate vs Force.com IDE?I have used both, so interviewer asks me to compare both.
9.A scenario based question on security(profile,role hierarchy,Fiels Level Security,Object Level Security)?

Thank you! I’ll take my favorites and add them to the list!

David you are simply awesome