Historian turned Salesforce Architect in half a year!

David’s note: Boy do I feel like a slacker now. One thing I’d like to mention: you did this all while having two kids as well! That gives me hope in my future! 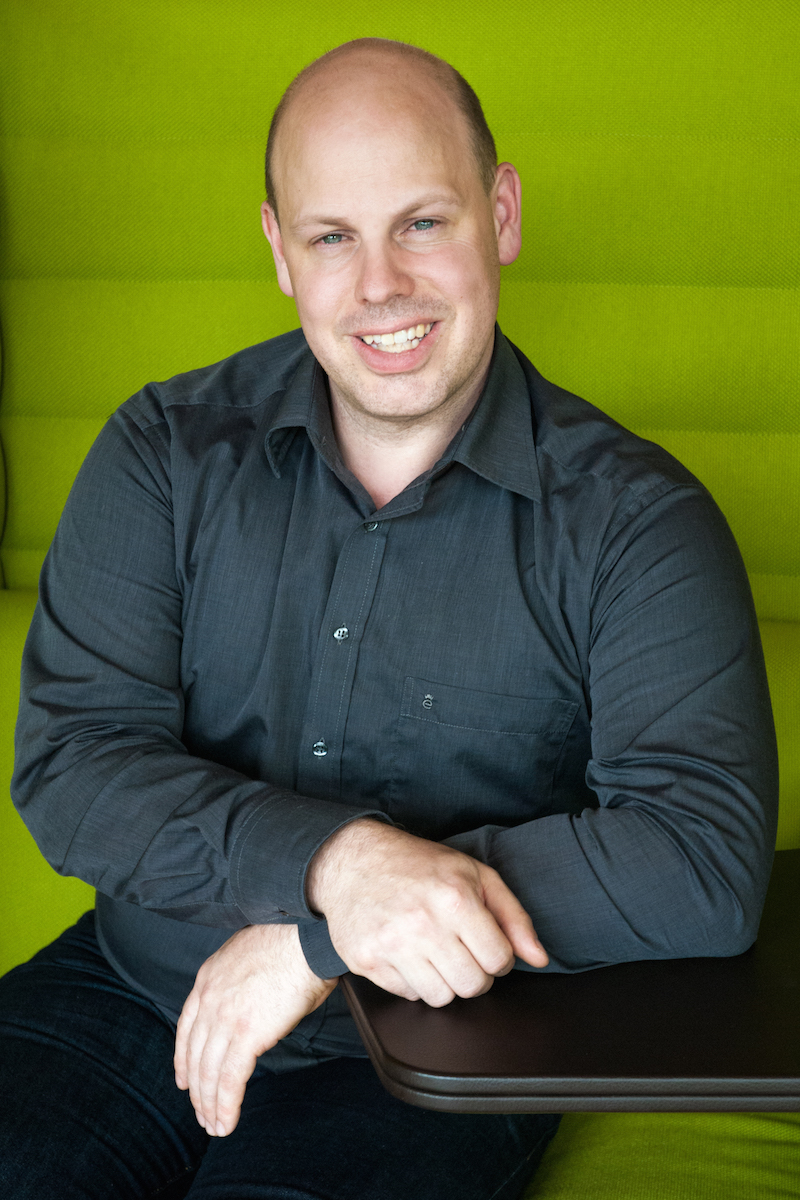 Sorry, I didn’t make the five weeks challenge, eventually. My apologies. But I can code well enough to say it took me some sixweeks.addDays(136), which is 20 weeks longer, but finally, I passed my fifth exam last night, and the next one is already scheduled [by the time I’m revising this text, it’s six with the new App Builder]

The amazing part is that a year ago, I didn’t even know about Salesforce, and half a year ago, I just quit a job in the Humanities (as a trained Historian and PhD candidate) to join a German SFDC partner (die.interaktiven GmbH & Co. KG). I was offered a post, formally as a senior developer. But my business card had Technical Architect on it from the first day, so the company was putting a lot of trust and confidence in my work. This might look like a minor point in my story, but in fact it’s the very center of it: I was allowed, even asked, to learn on the job, trying out everything I learned with real customers and real scenarios.

To be fair, being in an architect role didn’t hit me out of the blue, even though I never had formal IT training, never had an architect job let alone any job in IT before. But I had some background in IT, especially in web development. Formally trained in the Humanities, I was a not-so-young but hopeful PhD candidate in History then, I worked my way in several programming languages, and acquired decent skills and knowledge in general programming concepts. I was running and hacking tools and databases that helped me and other historians in collecting, storing and analyzing textual data and collaborating with each other. The general attitude towards computers changes a lot in the Humanities currently, but for common historians, it’s still a very recent invention that computers are anything else but the new kind of typewriters.

So, that’s where I started off: A technically skilled historian, father-of-two, seeking something better than the infamous short-term contracts that are common at least in Germany for postgraduate scholar positions. And a company led by guy of the same age who put a lot of confidence in me that I will become the brain behind his company’s efforts.

Looking back, the transition was amazingly smooth. I had some highs and successfully ran my first web service class two weeks after I started off (bragging). And I had some lows, like the first ever trigger I rolled out to a customer which took me about that long (that is NOT including the test class. Testing triggers was a menace to me until I learned that you can either call a method from a trigger so that you can actually CALL something in a test, or even better TRIGGER your trigger, HENCE THE NAME, DUMMY).

I was eager to get certified right from the start, and even though the thing that helped me most was hands-on experience by trying things out on the platform, I did use flash cards a lot, especially for the consultant exams.. Once you passed your first exam, you know the kind of questions, so you’ll easily recognize which flashcards are good quality, and which are not. And more over, you learn to recognize the things that these flashcards should teach you so that you can answer questions even though they don’t look exactly like those you learned.

Nevertheless, I took the first step absolutely on my own (but consulted SFDC99.com frequently). I opened a fresh developer org and plowed through the Force.com Platform Fundamentals Workbook, literally word by word. Priceless idea, it really really paid off. I had my DEV401 in the bag a day later with just 11 cards marked as unsure.

Speaking of marked items in the test: The margin is what really matters. Mark any card that you are uncertain of! Know the pass score and what it means in questions. Once my “uncertainty stack” is about 50 percent of the pass score margin or less, I’ll fire the “Submit Exam” button.

Pass score for the Consultants exams is 41/60, that makes 19 “wrongs” and you’ll still have a pass. Therefore, my threshold was 9 marked cards of which I know that they are possibly wrong. This left another 10 cards for “wrongs that are so wrong that I didn’t even realize it” and mishaps like marking “add the ‘modify all’ permission to the User’s role”.

The order of exams after my Dev-Exam then was quite unfamiliar. I took it as a challenge to learn something new and get awarded for it, so I felt no pressure whatsoever to get any specific badge. Whenever I finished some particular business at work, I started to look out for a Certification to prove that I did it right. I took the Admin and Sales Cloud tests the same night after a huge Sales Cloud implementation. Speaking of the Sales Cloud Consultant, I felt like I knew it all, but I didn’t have my admin certification yet. So I first had to clear the nasty ADM201 to get to my target, eventually. I passed both within just two hours on the same Sunday evening, and for sure I was absolutely proud of myself that night ;-)

Feeling unbreakable, I took the Technical Architect Self Evaluation the same night and FAILED, but that was rather on purpose because it’s free, you can repeat it often and I wanted to know what to expect from the process. It is still the only FAIL in my track record.

Service Cloud was next, and it was told to be the fierce and evil Black Knight among the Order of the Certifications. Actually, from my point of view it was not. It all about Console, CTI, Cases, Entitlements, and a good general understanding of how service should be, how employees should work, how customers should be treated etc. helps in passing the exam. That’s it. From what I learned while preparing, it is the Certification I like most. What I do all day is Sales Cloud over and over again and I hardly meet the Service Cloud in my day-to-day business. That’s the most likely explanation for my actual feeling of fun when I clicked my way through the test.

Advanced Admin came last. Initially I wanted to try the App Builder Transition exam, but when I found out that it’s not available until August 17th, I decided to enroll for Advanced Admin to somehow fill the gap. For quite a while, I checked if my work covered the topics for this certification already, so I didn’t come unprepared… another straight pass, last night.

When it comes to best practices and advice, mine would definitely be: Grab a developer org and try it on your own. Take the time to actually implement a sample case. The SFDC workbooks are great, but Trailhead is the best thing that ever happened (and if you’re not sure if you really like it, listen to @theChrisDuarte speaking about it – her enthusiasm).

Speaking of Chris Duarte: It’s the Salesforce platform people that make a difference. Take the amazing Kieren Jameson, or a certain David Liu as the top of an iceberg of enthusiastic people driving the platform. It’s absolutely amazing how welcoming the SFDC community is (most dev communities are, actually, but it’s particularly true about the SFDC peeps). I love being a tiny part of it from the heart, I try to give back by educating the staff assigned to my SFDC projects, and honestly: I never regretted yet turning my back to my past scholar life.

You are an inspiration! I come from a tech background but am still a bit nervous and intimidated by the sheer amount of materials to learn in the SF world. But reading stories like yours (thanks, David Liu for providing a platform!) does inspire newbies like me.

I hope to add my own success story to these pages in the near future. Again, thanks and here’s wishing you future success.

And don’t worry, no one knows everything about Salesforce =) Choose your favorite section and fire away!

all the records created from last 11 days

Hi David , i have one small query but its funny for the experts, that how to write a SOQL to retrieve the records from an object which are created exactly 11 days back

(maybe up to Chapter 4 as well)

SOQL has a literal LAST_N_DAYS:n , so SELECT Id FROM WHERE CreatedDate = LAST_N_DAYS:11 is your friend here.

Thank you for these profiles on people who passed several certifications, it really helps when trying to choose a study method. It’s nice to hear people doing them in different orders as well. I’m so excited to start my certification journey (coming from zero SF experience, I’ll be taking my first exam at the end of this month!)

The best advice I can give is: Get yourself a developer org and try to actually build the things the exam is about. Hands on experience helps a lot.