David’s note: Being called Luke Skywalker is one of the nicest things anyone has ever said to me =*) I’m assuming you’re talking about Luke Skywalker from the original trilogy, and not the weak sauce Luke from episode 8! Proud of you Vishnu! 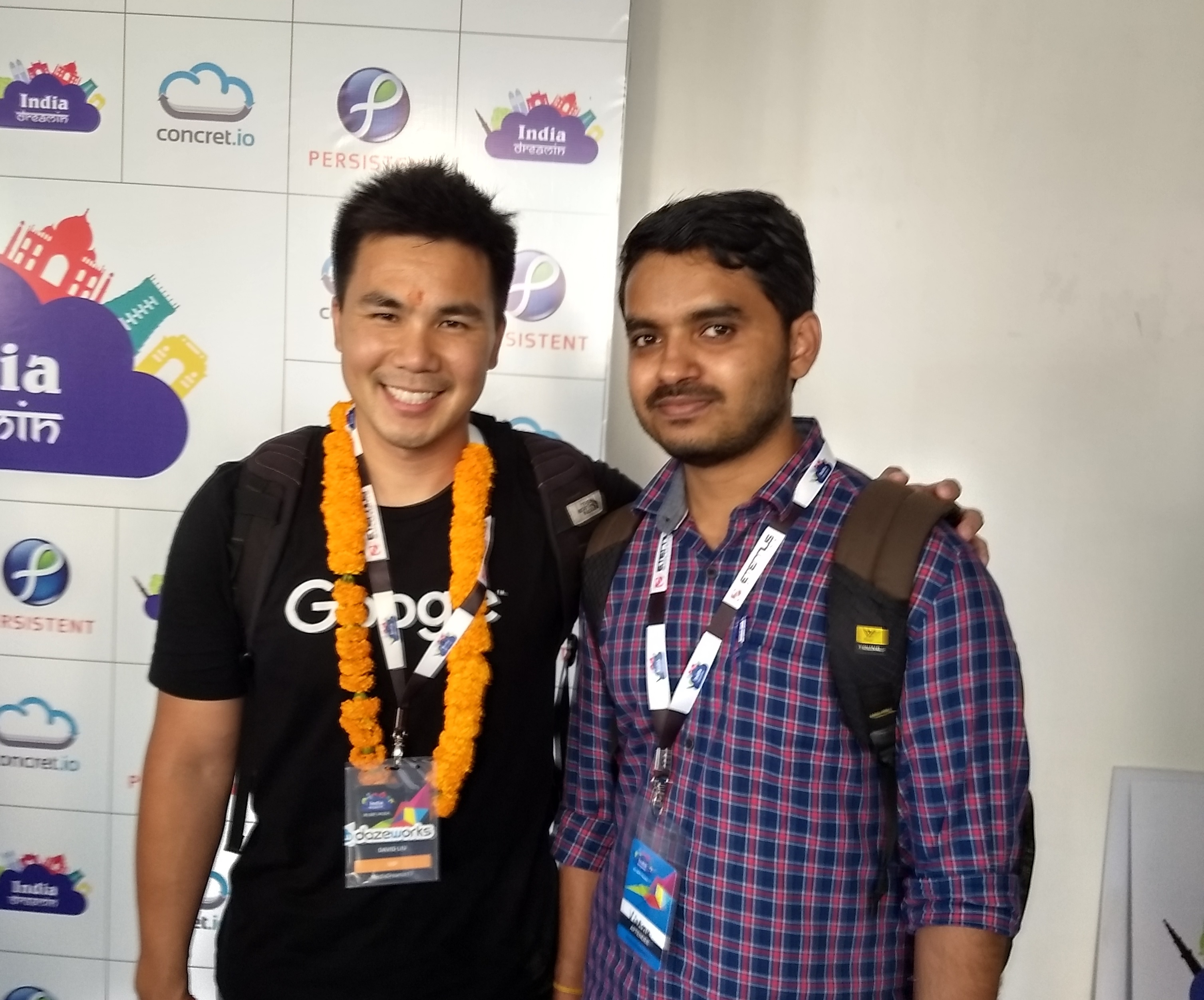 Once again, a huge thank you for coming to India. When India Dreamin’ was announced, I jumped with joy on seeing your name among the star speakers list. As the name suggests, ‘India Dreamin’ is making my dream come true.

I started my career as a Salesforce admin in a mighty big MNC managing a huge org having 3000+ users. I was put in a kinda support role acting as a bridge between different integration teams and also solving tickets with data correction, uploads, data refreshes or some clicks here and there. However, after a while, I realized that it’s just a monotonous job. Being very passionate about coding, I determined myself to evolve as a developer.

As someone who lost touch of coding, it was very difficult for me for make that transition. When Googled for resources to gain hands on development knowledge, the first result that came up was your site SFDC99.com.

Yes, I’m one among that 99%. Over the next few weeks, I crammed your site for hours reading every topic that you put up, watched the Apex Academy videos, read the comments for clarifications, developed and executed code and that feeling you get when you finally see that your code works, it’s not possible to describe it in words. You feel like God.

After gaining some real world development experience, I then attended interviews for developer roles and cleared two of them. Finally joined a German startup based out in Cochin, Kerala (Kerala is known as God’s own country. You must definitely include it in your itinerary next time).

It was difficult for me in the initial few weeks, but I got a lot of support from my colleagues and Google. Today, I can write in a lot of code, build stuff in Lightning, work with integrations, develop and publish apps to AppExchange and I’m also a Salesforce certified Platform Developer and Administrator.

It all happened because of you. Words cannot thank you enough. You’re my biggest inspiration, my mentor, my teacher, my role model. Thank you David.

PS: Sorry for being a crazy stalker in the India Dreamin event, it was a fanboy thing. You know, when a young Resistance pilot meets the mighty Luke Skywalker. :)

Thanks a lot for publishing this.

Its priceless. No amount of Bitcoins can match this.

Once again, thanks for everything. Keep inspiring people, keep changing lives.

And yes, I referred to the vibrant, awesome and brilliant Luke from the original trilogy. =)

Wow!! so inspiring…Congratulations to you Vishnu for your success and certifications as well….!!!!

That’s a beautiful story. Congratulations and thanks for sharing!!!