How to learn Salesforce from Disney’s Mulan

I can’t believe there are people of working age who were born after this movie came out.

If you haven’t watched Mulan yet, stop reading now and watch the trailer or rent the movie.

I watched Mulan for the first time in 20 years and there was one scene that hit me right in the feels.

It struck me that many people in the Salesforce world, including me, went through similar struggles as Mulan did. I thought I’d share this scene with you to remind you that sometimes you need to struggle before you can succeed.

Let’s get down to business…

Mulan didn’t belong in her world 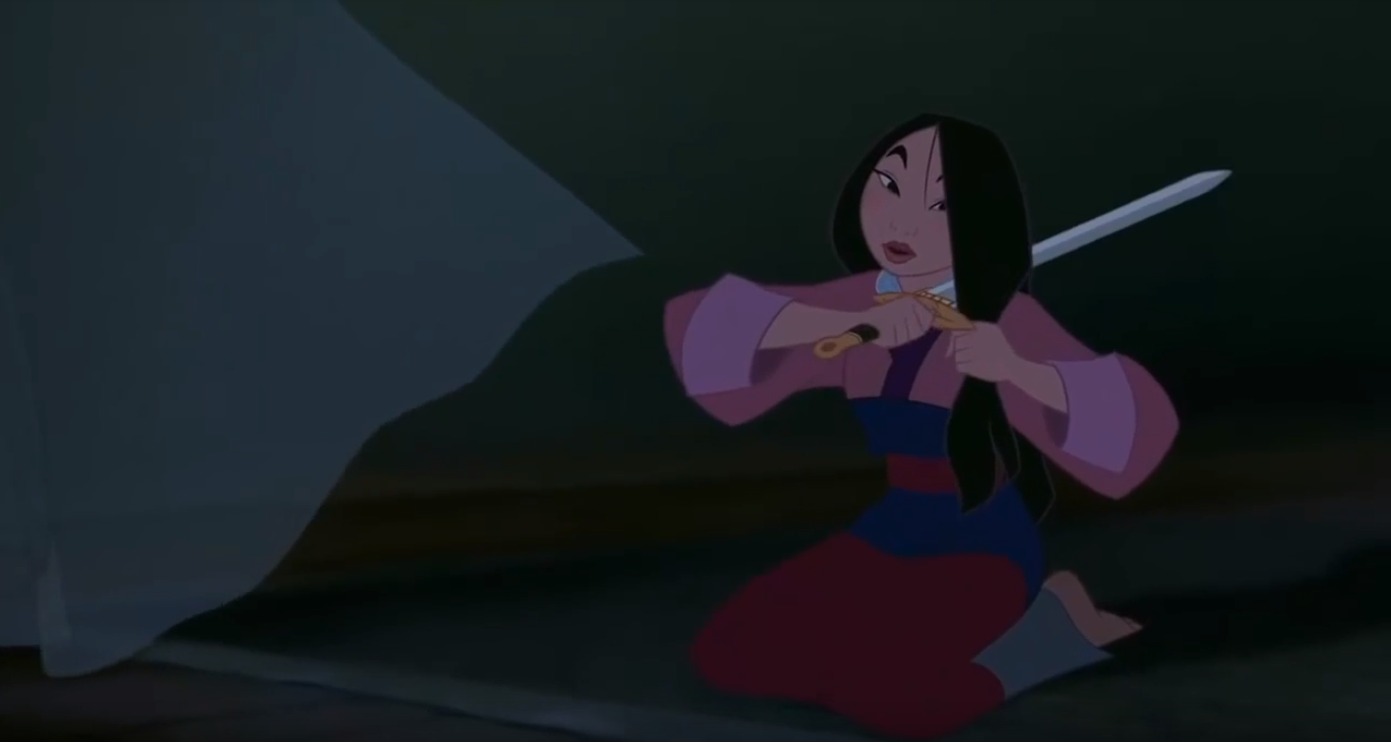 Unbeknownst to her ailing father, Mulan disguises herself as a man to go to war in her father’s place.

Like many others, I never belonged in the Salesforce world. I had a marketing degree from a non-prestigious college, I was a professional email spammer working at a no name company, and I had never even heard of CRM.

And coding? Forget about it! I didn’t know how to write a single line of it! 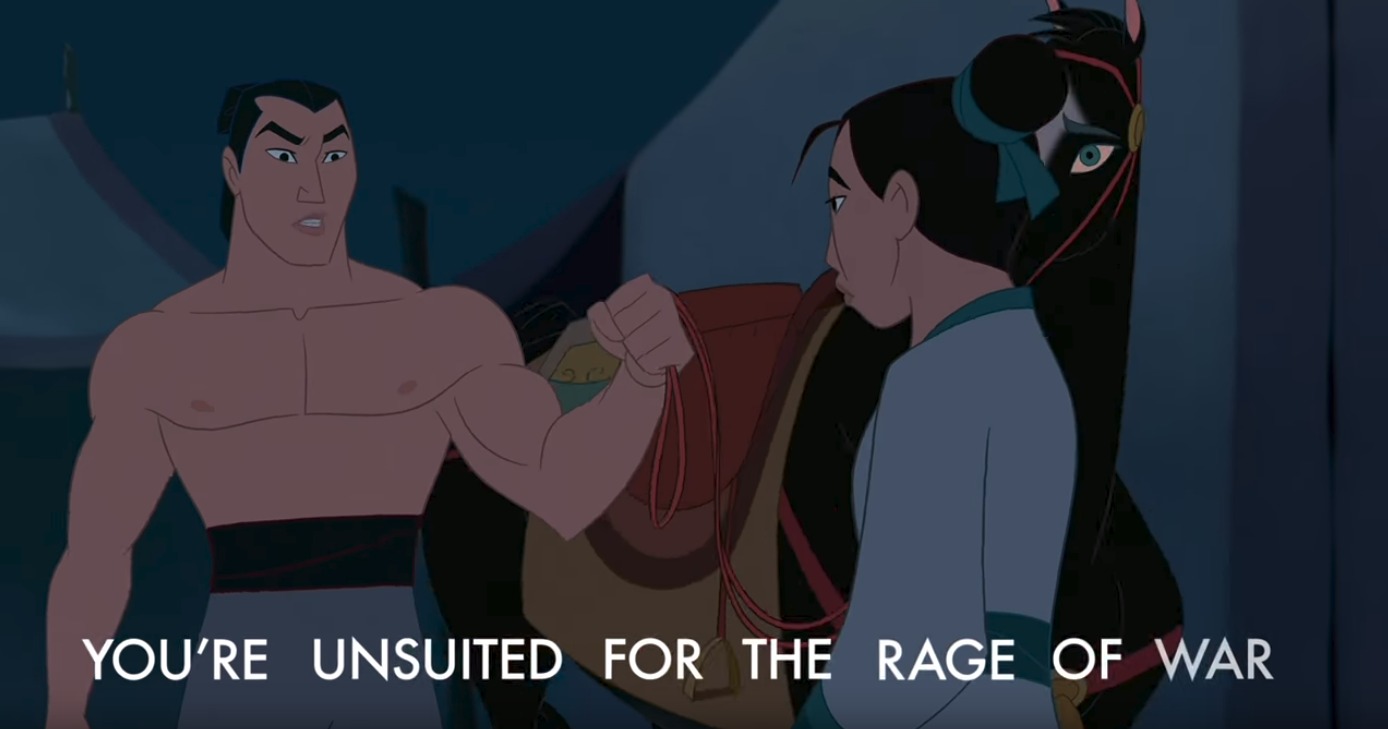 Mulan is sent home from the war for failing to keep up physically. She brings dishonor to her family.

One day after sending a massive email spam to tens of thousands of customers and accidentally using their incorrect names, I received a reply back with seven pages of the word “F@#$ YOU!!”

I remember printing that email out and keeping it by my desk. When I was growing up, I used to dream that I would have a great career that could support my family. At this point, I couldn’t have been further from that dream.

At night I’d stay awake and wonder how I messed up my career so badly.

Mulan doesn’t give up. She works while everyone else is sleeping 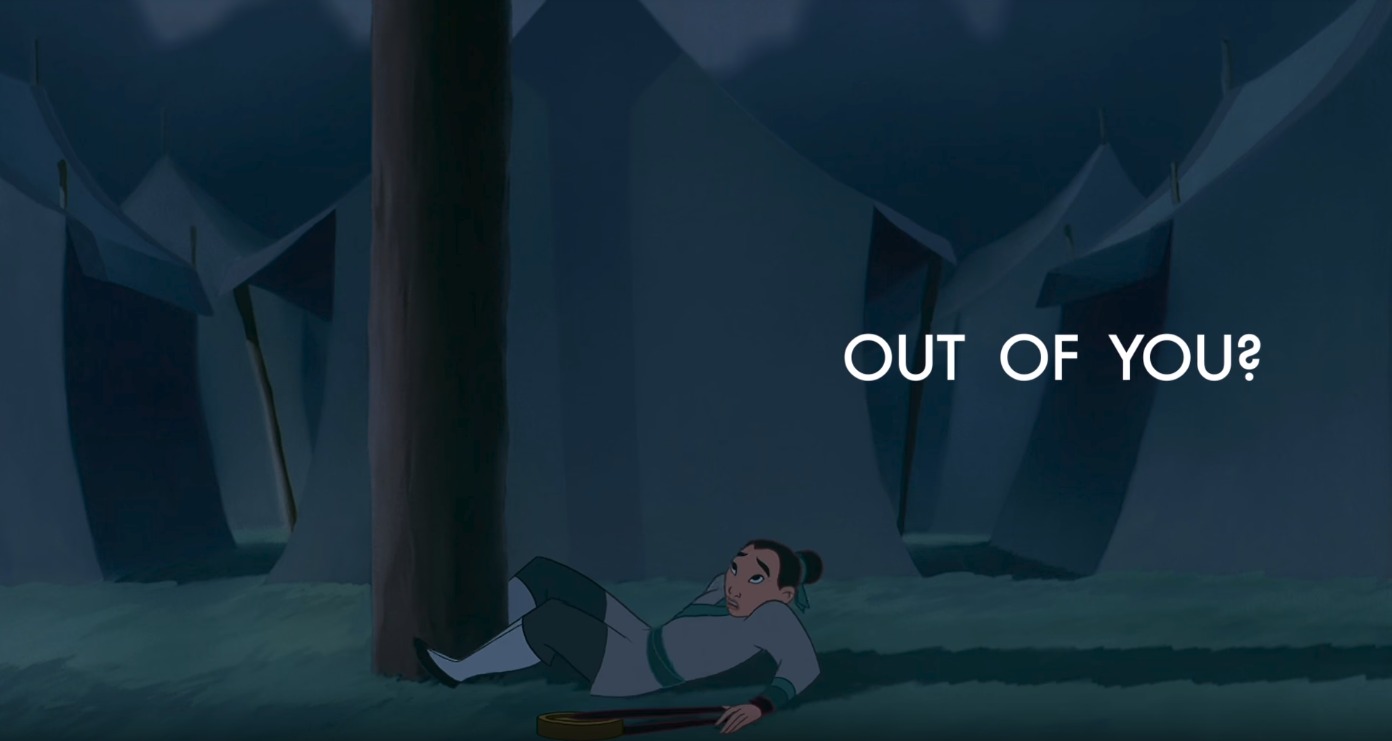 Unwilling to go home, Mulan decides to prove herself by taking on the impossible task: climbing to the top of the pole while wearing the heavily weighted straps.

In my heart I knew that learning to code was the way to turn around my career.

I knew I’d be far behind everyone else since I didn’t know any code and they had formally learned it in college, but, I hoped that if I worked harder than them that over time I would catch up and maybe even surpass them.

It would be painfully hard work, but not as painful as if I continued my career as an email spammer.

Mulan takes her weaknesses and turns them into her strengths 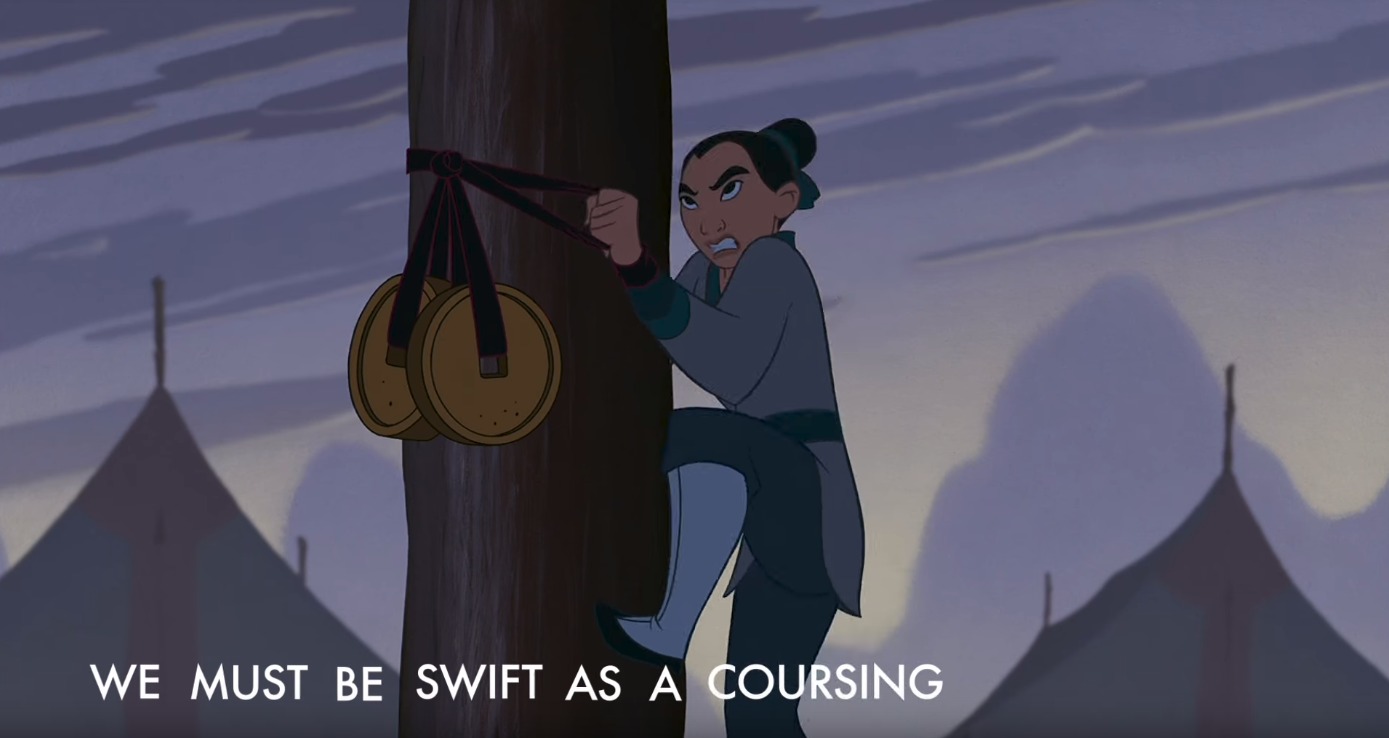 Mulan takes the weighted straps, wraps them together, and uses them to help her climb the pole.

My job application was just rejected by Google for the 10th time in a row. On try number 11, I decided to do things differently.

Borrowing on my previous knowledge from the email spamming world, I decided to purchase the contact information of Salesforce professionals at Google and email spam them my credentials until they brought me in for an interview. 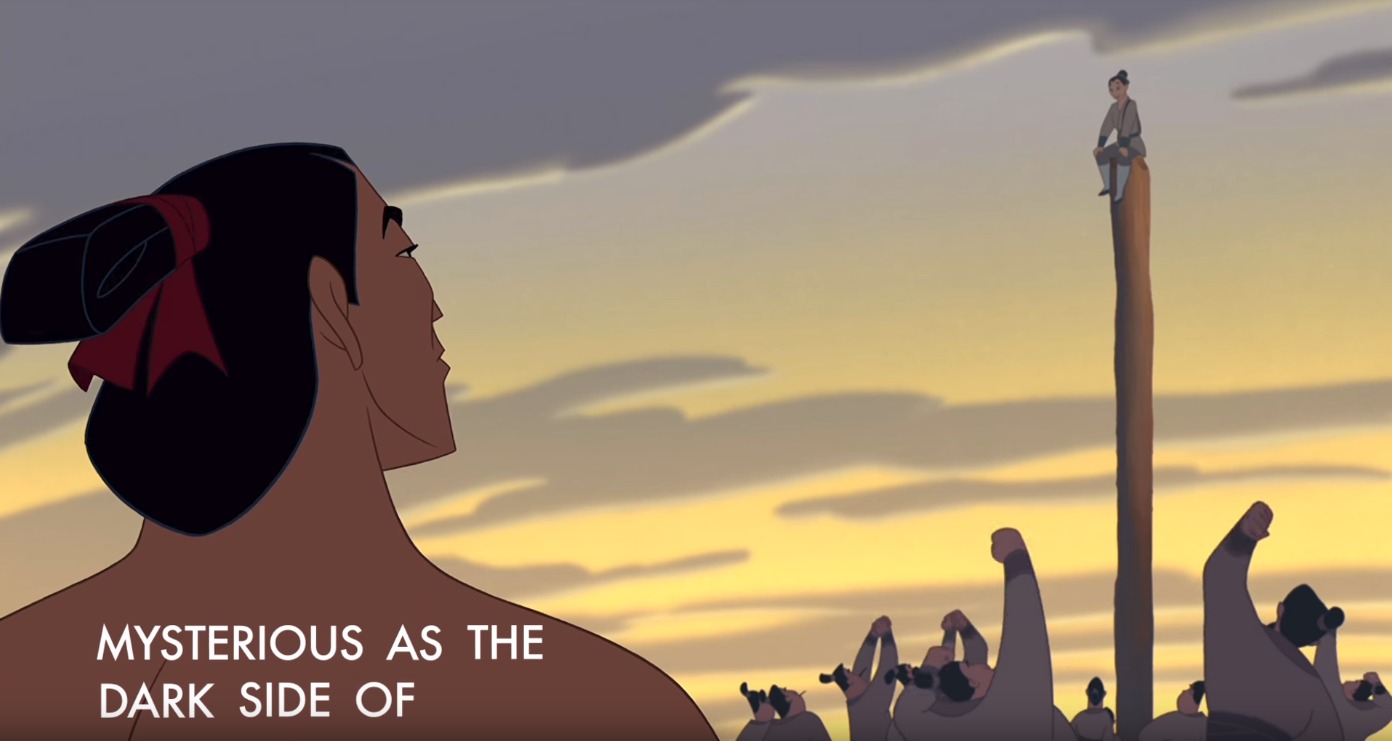 Mulan reaches the top of the pole and earns the respect of her comrades. She goes from being the worst member of her unit to one of its best.

This is the story of the first piece of code I ever deployed to a production org.

While in my email spamming job and learning to code on the side, I was sitting in a meeting with the company’s executives (it was a small company). They needed to automate a key accounting calculation in Salesforce and were discussing their options. There seemed to be no path forward other than hiring a Salesforce consultant and spending tens of thousands of dollars in the process.

This was my moment. My heart was beating and my hands were shaking. I put my hands on the table, stood up, and told the executives that I could do it myself. I had no idea how to code it, but I knew I’d work nights and weekends until it was done.

I told them to give me a month, and if I failed, it would cost them nothing and they could move forward with hiring a Salesforce consultant.

I ended up successfully building the accounting code. As a reward, the company transferred me to the engineering team and paid for my coding courses. The rest is history.

Check out the full Mulan – I’ll Make a Man Out of You music video to see the full scene!

Very true…At least for me !!! thanks DL!

David you are awesome hero for me. Thank you so very much.Hope I will get an opportunity to meet you in person.

Watched Mulan a thousand times growing up and I knew she went through terrible times but took it like “one of those movies with a touching story”. Never pictured it this way. Now it all makes sense. Nothing is so hard to do if you persevere.

Thank you, David.
Ah, Mulan, stir my Chinese heart!
I want to share a good news with you that I just passed the Advanced Administrator Certification exam. And thank you for your awesome advises, more inspiring than Mulan!

David.. You always give me the right advise, just when I need it most!!

You bring honor to us all!

David, you never cease to inspire! Thank you for your great words. I needed this right now, as I transition into a new Senior level admin role at a new company!

Great story David, and a great explanation of the struggle. Keep up the good work inspiring others! Look out Tony Robbins!

Very inspiring, hats off to your dedication and hardwork!!!!

Very inspiring, hats off to your hard work

Aww thank you Shubhangi! Very kind of you to consider me a teacher!

Very inspiring!
Thanks for sharing David!