How to triple your salary through Salesforce certifications

David’s note: Clay, you’ve worked so hard and proven to the world that certifications are the BEST way to quickly increase your salary! Thank you for teaching the world this formula and inspiring others to take charge of their careers! 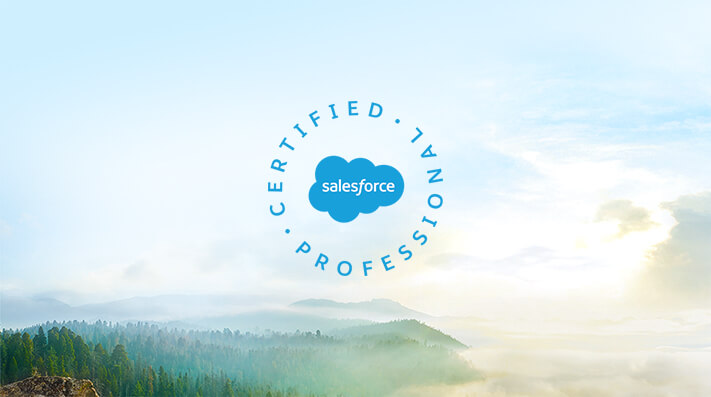 It was so awesome to meet you in person and chat with you over lunch at TrailheaDX, and it was great to see you on stage at Dreamforce and receive the Golden Hoodie!

It all started back in 2013, when I got a job at a solar company, working with their inside sales team as a business analyst. They used Salesforce to manage their potential customers and so forth, and though I had only briefly used Salesforce at another job before then, it was the first opportunity I had to really get acquainted with it. Over the next year and a half, my life had progressed through some major milestones; I got married, my wife and I bought a house, and we were now just a few months away from expecting our first baby, and then one day my boss invited me into his office to give me the news. Since our company had been merged into another (bigger company) some months earlier, my position was being dissolved and I was losing my job. I was devastated. How was I going to provide for my new family and afford to keep the house we had just bought?

“My position was being dissolved and I was losing my job. I was devastated. How was I going to provide for my new family?”

Based on what I had learned about Salesforce during my time there, and what I had discovered about the job and career opportunities within the ecosystem after having been canned, I decided to make a decisive career move and become a Salesforce admin. I started looking for jobs in my market and spent some time going through Trailhead and following along with the exercises in my Developer Edition org.

I came across a Salesforce admin job at a local (much smaller) solar company, which also happened to be based pretty close to where I lived – it seemed to be the perfect fit for me. It was close enough that I decided I would just stop by and introduce myself in person, rather than simply applying online like most people would, hoping that would increase my chances of getting an interview. I found the office (it was a bit hidden), but there wasn’t anyone available at the time to speak to me, so I left my contact info and hoped to hear back from them. The hiring manager let me know later that day that they had just recently filled the position, but that they would keep me in mind in case any other opportunities came up. I was bummed to say the least.

“I decided I would just stop by and introduce myself in person, rather than simply applying online like most people would.”

A few months later, and still only semi-employed (I was working side jobs but my income was less than stable), I received a call from the hiring manager at the local solar company and they had a position they wanted to talk to me about. I agreed to meet, and was then offered a position as a junior Salesforce admin! I was so excited I could barely contain myself. Over the next few months, I did the best work I could and learned as much as possible about the platform, and then this company did the same thing to our senior admin that was done to me earlier that year – they laid him off, and gave me the reigns.

I was the sole Salesforce admin/ developer for the company for the next year and a half, and during that time gained invaluable experience. During that time, I also achieved my first two Salesforce certifications, Admin and App Builder, and eventually got to thinking I might be a bit underpaid for all of the growth I had achieved. By this time, I had also set my sights further on the Salesforce horizon, thinking I might like to learn the development (coding) side of the platform, and maybe even go on to someday become an architect!

I began to dip my toes in the job market and see what was available, and to my pleasant surprise, found that Salesforce professionals were indeed in high demand and my knowledge/ skills/ experience were worth a lot more than what I was being paid. After going through several interviews with a handful of recruiters, I was faced with not one but two job offers! Both were offering at least 50% more than I was currently making, which was obviously amazing, and actually one was about $5,000 more than the other, yet it was still a tough decision to choose which offer I should accept. The higher offer was with a large enterprise with multiple orgs, which would have been a great opportunity to expand my capabilities as an admin, but I felt like I might have a harder time progressing much beyond the role of admin with them. The other offer was with a local Salesforce consulting Partner, and while the pay was slightly less, I felt that the experience I could gain as a consultant would accelerate my growth and open more doors in the long run. I ended up opting to go with the latter.

“While the pay was slightly less, I felt that the experience I could gain as a consultant would accelerate my growth and open more doors in the long run.”

It was with this partner that my path became clear. I came to really enjoy the aspects of discovering our clients’ needs and designing solutions. It was there that I set my goal of achieving the top of the Salesforce pyramid, the title of Certified Technical Architect. It would be a long journey, to be sure, but it would be a great journey and worth all the effort. However, you don’t just climb a mountain or run a marathon without some training first. I continued to utilize Trailhead and soon became a Ranger, and then cemented my foundation with a few more certs: Advanced Admin, Service Cloud Consultant, Sales Cloud Consultant, and Community Cloud Consultant. I also made use of the excellent Apex Academy on Pluralsight (by none other than David Liu!), and earned my Platform Developer 1 certification as well!

By about this time, I had been contacted by a job recruiter with another offer that I couldn’t refuse. It was with another Salesforce consulting Partner, the raise was as big as the last raise I got (putting my salary at about double what it was a year prior, and triple what it was back in 2013!), and the benefits were to die for; I’d be working remotely from home, my health insurance for my entire family would be fully paid for, plus 401k match, paid vacation and paternity leave, you name it. It’s just about everything I would want in a job, and the people have been great. Since joining this partner, I’ve also gone on to earn the Sharing and Visibility Designer, and Data Architecture and Management Designer, making me a Salesforce Certified Application Architect, and from there, Development Lifecycle and Deployment Designer, Identity and Access Management Designer, and Integrations Designer, finally making me a Salesforce Certified System Architect!

I know I still have a ways to go in terms of knowledge, certifications, and experience before I’m ready to tackle the prestigious Certified Technical Architect, but I can’t express how grateful I am to God, and to all of the people who have helped me come this far along my journey. The Salesforce platform is a great ecosystem to build a career on and has been an amazing blessing to my family and my life. Thanks David for sharing your story of progress and being an inspiration to me and many others.

Thank you so much for sharing your story. I am preparing to sit for my first
Salesforce Certification (Salesforce Certified Administrator) with the goal of becoming a Salesforce Consultant. Learning and preparing while working as a full time Sales Analyst has been trying but will definitely be worth it. Your story has given me some encouragement when I needed it most!